Chances are, when you think of Jimmy Buffett, it brings you back to when you first heard his songs. Maybe it’s that college bar with the liberal carding policy and the jukebox full of beachy music. Or perhaps it’s that one vacation with aqua waters and drinks made of fruit, just picked from the tree shading the bar.

Is it paradise, that place you’re picturing? Because that’s what the folks from the new $147 million Margaritaville Hollywood Beach, Florida Resort and Hotel want you to recall when you walk in.

To be precise, it’s not offering just one image of paradise. There are many versions, served up in luxury suites, via affordable burgers, on a wave machine, or while taking in the setting sun at the Intracoastal bar.

“Everyone’s definition of paradise is different,” says Cate Farmer, the property’s general manager. “Hopefully we can live up to every one of those definitions.”

How exactly do you create paradise? Read on

It’s obvious, right from when you walk in, that the resort didn’t scrimp. The lobby looks out of a Southern Living spread on how to do beach chic, with two-story ceilings crisscrossed with pecky cypress-style beams.

Off to the right is a lounge area under a chandelier of upside-down margarita glasses, with comfy couches, cabanas and sofas that recall tree swings. The colors were meant to evoke the beach, with sandy beiges and marine blues. To the left is the basketball-hoop-sized flip flop sculpture, complete with a pop top. It was done by a pretty famous artist, Farmer says, although its creator wishes to stay anonymous.

The high-end beachy feel continues in the rooms, with dramatic headboards made out of louvered doors and whitewashed furniture that looks like it was created from wood washed-up on a beach. Bathrooms are big, many with double sinks and showers big enough to hold a small party.

Standard rooms come with modest balconies, but junior suites feature wrap-around outdoor spaces with Adirondack chairs just waiting for cocktail hour. At the high-end are flats with names like the Son of a Sailor Suite, featuring a “hospitality parlor” with a full /kitchen/dining/living area.

Prices, at least through the resort’s first few days, started at a modest $200 for an Intracoastal room, although resort fees and $30 per night for parking drive up the price. If you define paradise as a deluxe suite, that’ll cost as much as five grand a night.

After a breeze through the luxurious-yet-approachable lobby, it’s stark just how different the resort’s bars and namesake restaurant look. The Margaritaville restaurant carries more of a Disney-like Jimmy Buffett theme. A pair of faux boats serve as large booths in the center of the restaurant, with a large model plane, propellers spinning, hanging from the ceiling. Plastic palm trees pop up here and there, and the whole place is done in spotlight-bright Caribbean colors. Outside diners can post up on the Banana Wind Deck or in a pirate ship.

The food is appropriately beach themed, like the sugar-sweet coconut shrimp and the towering volcano nachos. Drinks carry over the Buffett theme, most mixed up with the singer’s Landshark Lager or Margaritaville brand tequila. Trademarked fruity drinks are reminiscent of songs, like the Incommunicado, Who’s to Blame and the License to Chilada.

Bars are almost everywhere, beginning with a circular tiki hut half on the Hollywood Broadwalk and half inside the pool area. There’s a two-story bar with stellar views of the ocean and the pools, and then another – a fancier guests-only outdoor spot wrapping around a pool on the 11th floor. It’s truly five o’clock somewhere in the resort, and not just because there’s a pineapple-meets-151 rum drink that carries that name.

The back of the resort opens up to two pool areas open only to guests, although a public walkway cuts through the middle. Grotto is a good way to describe the north pool, with a huge waterfall cascading off rocks, fountains bubbling in the shallow end, and a slide. Foliage keeps the area private from the Broadwalk, and chaise loungers with built-in shade visors are just calling for nappers.

On the south side is a more relaxed pool area, curving between more loungers but without the slides and fountains that’ll attract kids. Only a small fence separates the pool area from the Broadwalk, with Adirondack chairs set up on a small sandy area to people-watch and take in the ocean.

Perhaps the most prominent part of the pool area, however, is FlowRider, a surf machine right off the Broadwalk ($30 for 30 minutes, $45 for an hour).

The resort’s 11th floor features a laid-back hangout called the License to Chill Lounge, with a three-foot-deep wading pool. But it’s inches from the edge, offering stellar views of the ocean.

Jimmy Buffett’s music makes up about half of the tunes piped into the pool area, restaurants and bars. Of those songs, most are b-sides and newer tunes, not the best-of album. In fact, the only time we heard Margaritaville was when we were on hold for the front desk.

The other half of the music is classic rock, reggae and Jack Johnson-esque surf tunes, just what you’d expect in a paradise-themed resort.

That Next Big Beach-Themed Party

The resort’s ninth floor contains 30,000 square feet of conference space, with grand ballrooms that can be split up into separate spaces. More intimate rooms, some with ocean views, are ready for that small wedding. The two-story wall of glass in the hallway boasts ocean views and a balcony just waiting for photos of the newlyweds.

There’s no doubt the conference space features a beach theme, with every-color-of-the-rainbow carpet and glass light fixtures adorned with prints of birds and tropical flowers. But it’s not an overwhelming Jimmy Buffett theme here, as the resort looks to attract conferences and corporate functions.

You’ll spot a little bit of Jimmy Buffett just about everywhere in the resort, with lyrics scrawled on signs with a reclaimed-wood-look and etched onto throw pillows. Products also carry his name, including the Frozen Concoction Maker that can be delivered to rooms.

The employees, who all seemed cheery during our visit, also get into the theme. If requested by a guest, they’ll offer a “fins up,” putting their hands over their head, as if in Jimmy Buffett prayer.

Spotting Buffett himself might be trickier, although he does drop by occasionally. Before the resort even opened, Buffett kicked off his shoes and performed for a gathering of the resort’s employees. Then he claimed a suite for the night, all said to have been unplanned.

Just off the lobby is the soon-to-come JWB Prime Steak and Seafood, a new concept promising a raw bar and spear-caught fish. Across from the gift shop, up a grand staircase, will be the 11,000-square foot St. Somewhere Spa, with rainfall showers, a heated jet bath, and 11 treatment rooms, some for couples. The spa will also include the Fins Up! Fitness Center, with 4,700 square feet of cheeseburger-burning equipment.

Across A1A is the soon-to-come bar and party spot called 5 o’Clock Somewhere Bar & Grill. Behind the bar will be “flair bartenders.” They’ll throw, juggle and toss bottles as they mix up those frozen concoctions. Out back will be a dock slip for boaters. Paddelboards and kayaks will be available for rent, and a fire pit will surely become a spot to watch the sun dip over Hollywood.

North side rooms benefit from Intracoastal and ocean views, but they also get something luxury resort goers won’t be expecting. Look down and you’re likely to get an eyeful of the Rooftop Resort, described as the area’s “No. 1 swinger’s nudist hotel.” Even the eagle-eyed will have trouble making out details, but there’s no doubt most of the rooftop pool swimmers won’t have tan lines.

About the cheeseburger, in Paradise

It comes, as it should, with French fries, bits of potato skin on the tips. There’s a fluffy brioche-style bun, toasted and maybe with a touch of butter. It’s topped with fresh lettuce and tomato, along with crispy pickle slices that seem made in-house. The “paradise island sauce” tastes mostly of mayo, and the cheese and burger patty are gently seasoned. It’s a burger, and probably a cold draft beer, served to people who still have sand between their toes.

It’s a burger, after all, served in paradise. 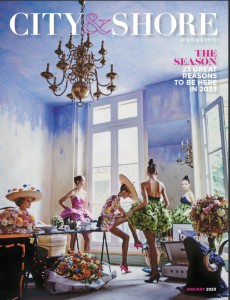 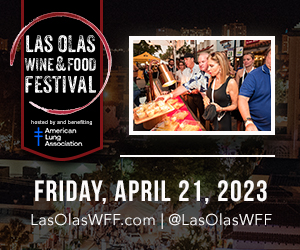 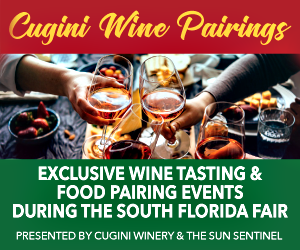 My Dinner with Mr. Clooney

Why We Fall Silent Before Art

All the beautiful mornings after